The European champion said Thursday that Japanese international Takumi Minamino will join from Austrian side Red Bull Salzburg on January 1, 2020 — the first day of the new transfer window. The 24-year-old, who has signed a four-and-a-half-year deal, described his transfer to the Premier League as a "dream" move. "I'm so excited that the moment has come true," Minamino, who passed a medical in England Wednesday, told the Liverpool website. "To play in the Premier League was one of my targets. "I think this is the top-class league in the world; I was thinking if my career as a footballer progressed smoothly, someday I would be able to play in the Premier League."But I never thought I would be able to play in this team and I'm really happy about it. I'm looking forward to it."Liverpool manager Jurgen Klopp had the perfect opportunity to scout Minamino personally, as his side faced Salzburg twice in the Champions League group stages.Minamino featured in both games, and even scored in the meeting at Anfield in October when he helped the Austrian side fight back from three goals down to draw level at 3-3, before Mohamed Salah scored the winner.READ: Qatar readies itself for the world as soccer circus comes to townKlopp was impressed by the impact the Japanese attacker had in those games. "This is fabulous news — a wonderful signing. We are really, really happy about this," Klopp told the Liverpool website."Our supporters have had the chance to see him close up recently, so I don't need to sing too loudly about his qualities as they are already known."Takumi is a very quick, very clever player, he finds space between the lines. He is brave with the ball but also brave without the ball — a proper team player. He makes the best of himself for the benefit of others."His Champions League experience is a big bonus and coming from the club and organization he does, we know he'll be well coached, used to an elite environment and had all the right experiences." 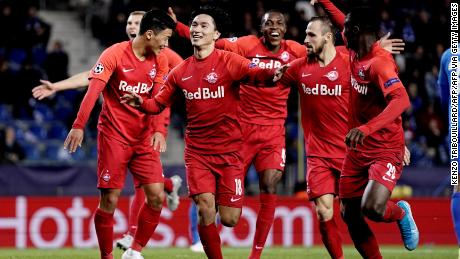