Court, a Pentecostal pastor in Western Australia, made the comments during a sermon at the Victory Life Centre church which she helped found. In the video of her sermon posted on the church's Facebook page, Court hit out at people who change their birth sex genders because "God made us that way.""You know, even that LGBT in the schools, it's the devil, it's not of God," the 77-year-old said. "Children are making the decision at seven or eight years of age to change their sex, no, just read the first two chapters of Genesis, that's all I say. Male and female," Court said."It's so wrong at that age because a lot of things are planted in this thought realm at that age, and they start to question 'what am I'.READ: Andy Murray to miss Australian Open"And you know with that LGBT, they'll wish they never put the T on the end of it because, particularly in women's sports, they're going to have so many problems."You have got young people taking hormones and having changes, by the time they are 17 they are thinking, 'Now I'm a boy and really I was a girl.'"Court won all four majors in 1970 during an illustrious career that yielded a record 24 grand slam singles victories. Her comments come just weeks before she is set to be recognized at the Australian Open to celebrate the 50th anniversary of her grand slam sweep.Despite inviting Court to celebrate her achievement, Tennis Australia said in November, 2019 it did not agree with her "demeaning" personal views."Publicly stated views of intolerance and demeaning language about others can have enormous impact, and are particularly hurtful and harmful to those who believe they are targeted," the governing body said in an open letter. 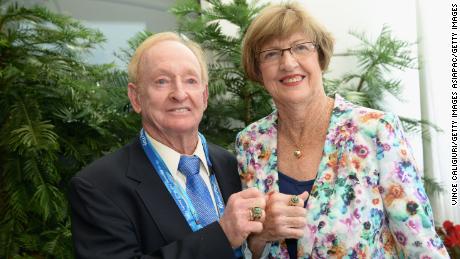 READ: Serena Williams' smashed racket from the US Open sells for $20,910Australian handball athlete Hannah Mouncey criticized Court for contributing to the "bullying, discrimination and disadvantage faced by trans kids.""48% of a recent sample (of transgender children) reported having attempted suicide and it's not because they're trans, it's because of just how badly society treats them," the 2018 Victorian LGBT Sportsperson of the Year said on Twitter. "Surely after everything else, some significant steps need to be taken to address this. Under no circumstances would this be remotely accepted if her comments were in regards to any other minority group in our society."Court's views prompted former rival BiRead More – Source