Cardiff to appeal over $6.65 million fee for Sala

In a statement published on its website Thursday, the Court of Arbitration for Sport (CAS) said Cardiff was appealing the judgment of world football's governing body FIFA, which ruled in September that it should pay six million euros, an amount which corresponds to the first installment that was due to be paid after the transfer had been agreed."Cardiff City FC seeks to have the (decision) set aside and requests the CAS to declare that no amount shall be payable by Cardiff City FC to FC Nantes," said a CAS statement.READ: Sala's father dies of heart attack three months after son's deathREAD: Sala pilot 'dropped out of training' for commercial licenseCAS added that it expected a hearing to take place in spring 2020 with a decision not expected before June 2020.Sala, who scored 42 goals for Nantes following his move from Bordeaux in 2015, had signed for Cardiff, then in the English Premier League, for a reported £15 million ($19.3 million). 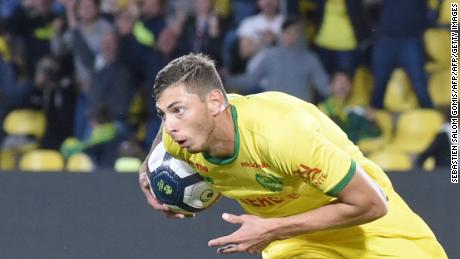