Sterling dropped by England after row with teammate

Manchester City's star forward said "emotions got the better of me" during a "five to ten second thing" with the Liverpool defender at St. George's Park, the national team's training complex.The pair had previously clashed during Sunday's English Premier League fixture between Liverpool and Manchester City as the race for the title heated up.The English Football Association confirmed there had been a "disturbance in a private team area" on Monday but that Sterling would remain with the squad. READ: Frankfurt's David Abraham sent off for barging over opposition coach However, Sterling took to social media to assure both he and Gomez were "good" and that focus was solely on Thursday's game at Wembley. "Both Joe and I have had words and figured things out and moved on," Sterling posted on Instagram."We are in a sport where emotions run high and I am man enough to admit when emotions got the better of me."A win against Montenegro would confirm England's place at Euro 2020 but manager Gareth Southgate said the decision to drop Sterling was made with the "agreement of the entire squad.""One of the great challenges and strengths for us is that we've been able to separate club rivalries from the national team," said Southgate. "Unfortunately the emotions of yesterday's game were still raw."READ: Shakhtar Donetsk midfielder Taison sent off for reacting to racist abuse 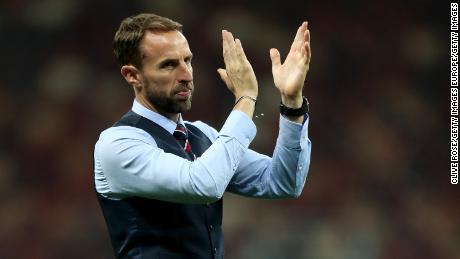 Former England international Rio Ferdinand believes the row should have been kept behind closed doors and has criticized Southgate for his handling of the situation.By going public with the incident, Ferdinand worries that Sterling will once again be left to defend himself against unfair criticism that has plagued his career. "Let's be honest now, this kind of stuff isn't uncommon in squads full of testosterone," former Manchester United defender Ferdinand wrote on Facebook, suggesting Sterling grabbed his teammate's throat. "In the various squads I have been a part of I have seeRead More – Source