For the second time in the Champions League this month, Ronaldo had the headlines ripped away from him after being usurped by the actions of a teammate. Three weeks ago, it was Aaron Ramsay who poked in Ronaldo's goalbound free kick to prevent him from breaking a new league record by scoring against a 34th different club.But this is Ronaldo we are talking about. Surely, after that misfortune, it wasn't going to be a similar story on this occasion. After all, the Portuguese star was breaking records before he even kicked a ball. He was making his 175th Champions League appearance — the most of any outfield player in the competition. Only goalkeeper Iker Casillas tops that, with 188 appearances. Ronaldo's also the leading scorer in Champions League history, with 127 goals to his name. 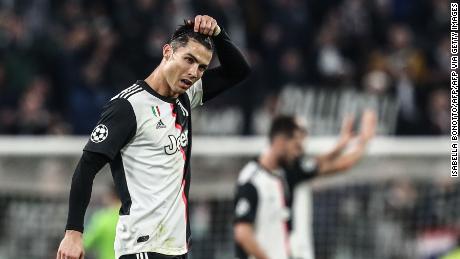 But on Tuesday night, surpassing AC Milan defender Paolo Maldini's appearance tally was about as good as it got for Ronaldo. The first 45 minutes of this contest lacked any real quality or excitement, but with just seconds of the first half remaining, Dybala produced a moment of magic to send his side's supporters wild and social media into meltdown.From an almost impossible angle, he struck a thunderbolt past the flailing hands of Atletico goalkeeper Jan Oblak. Since the start of last season, Ronaldo has taken 10 free kicks and scored zero goals. Dybala has now scored one in just two attempts. And it's not just free kicks Ronaldo has to worry about. Since he joined Juventus in 2018, Dybala tops the leaderboard in the Champions League goals department with eight, compared with Ronaldo's seven. Ronaldo's failure to even make the scoresheet is made worse by the fact, in the past, he has risen to the occasion against Atlético. Read More – Source