In a statement released on Sunday, Bayern said the decision was by mutual agreement, with Kovac adding: "I think this is the right decision for the club at the moment. The results, and also the way we last played, made me come to that decision."Bayern currently languishes in fourth place having won just five of its first 10 league matches. Three draws and now a second defeat sees the seven-time defending champion four points adrift of Borussia Monchengladbach, which last won the Bundesliga in 1977.Though the separation between coach and club appeared amicable, Kovac will no doubt be disappointed that his tenure has ended on such a sour note.READ: German giant Bayern Munich humbled on a day of upsetsREAD: Horror injury to Andre Gomes overshadows Spurs draw at Everton

Last season, the 48-year-old Croatian became the first person to win the German league and cup double with Bayern as both a player and a coach. But success on the home front is not enough for the club, known as FC Hollywood because of its deep pockets and ability to attract star talent. Kovac will know that his mandate is different to most managers in Europe."The performance of our team in recent weeks and the results have shown that there was a need for action," Bayern CEO Karl-Heinz Rummenigge said in a statement. "I had an open and serious conversation with Niko on this basis on Sunday, with the consensual result that Niko is no longer coach of Bayern." 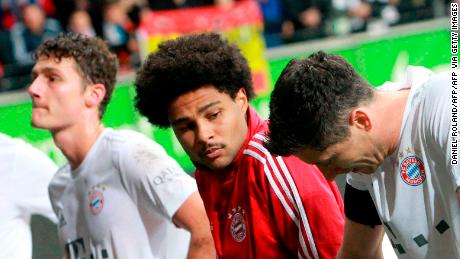 READ: Granit Xhaka: Social media abuse pushed Arsenal star to 'boiling point'"We all regret this development," Rummenigge added. "I would like to thank Niko Kovac on behalf of FC Bayern for his work, especially for winning the double last season."Kovac's contract was set to run until 2021 and in the immediate aftermath of Saturday's defeat, he stressed his desire to turn things around but pointed out that he was powerless to steer the ship on his own."How should I know just after the game?" the manager responded to reporters who quizzed him on his future. "My feeling is not important. Those who make the decisions are the ones that Read More – Source