The 23-year-old Australian wrapped up the straight sets victory, her first in six attempts against her Ukrainian opponent, in one hour 26 minutes to claim a $4.42 million prize purse.Barty, who started the year ranked 15th, has ended it with four titles, including her first grand slam in the French Open at Roland Garros, and the top ranking.The high-quality final hinged on a few key moments, but it was former cricketer turned tennis star Barty who seized the opportunities.It was her first appearance in the WTA Finals, the end of season event reserved for the top eight ranked players, and she becomes only the fifth player to lift the title on her debut."It's been an incredible year for me," said Barty, also paying tribute to her coach Craig Tyzzer who has guided her from the lower reaches of the WTA rankings in 2016 to her current heights."My team is the best but obviously I'm biased," she added."Barty had a great tournament and an amazing year," was the beaten Svitolina's verdict.With such a massive prize at stake, Svitolina stood to pocket $4.725 million because she had won all her three group round-robin matches, both players made fast starts, easily holding service in the first eight games.Barty came under pressure on her own delivery in the ninth, saving the first break point against her, before making her move on Svitolina's service, creating three set points, taking the last with a clean forehand winner. 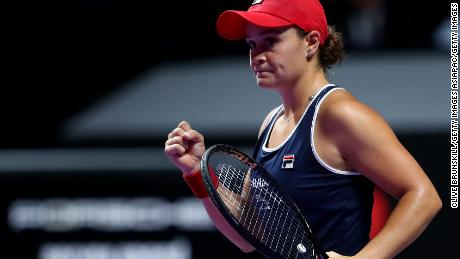 Barty looked set to take control, but in the third game of the second set she paid the price for some misjudged ground strokes and a double fault to be broken and trail Svitolina 2-1.However, the Queenslander chose that moment to produce her best tennis of the match, breaking back and winning the next three games to lead 4-2.Svitolina, searching for her first title since winning the WTA Finals in Singapore last year, was still not done and broke Barty for a second time in the set to trail 3-4, back on service.With another marathon encounter between the pair seemingly looming, it was Barty who stepped up again to break Svitolina for a third time in the set before serving out to love to claim a famous victory. 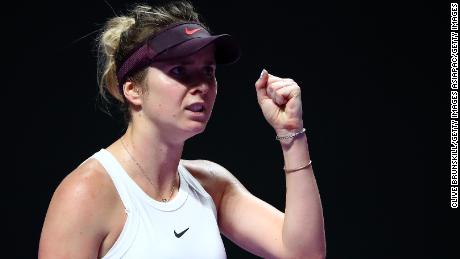 It was the first staging of the WTA Finals in the southern Chinese city of Shenzhen, carrying with it a massive total prize pool of $14 million and record purses for either men's or women's tennis to the winner.The final may have produced an enticing encounter and worthy winner, but there was criticism of the slow court surface and the tournament was also hit by a number of injuries during matches.Visit CNN.com/tennis for more news, features and videosSwiss star Belinda Bencic quit while trailing 4-1 in the deciding set of her semifinal with Svitolina, while Kiki Bertens and US OpeRead More – Source