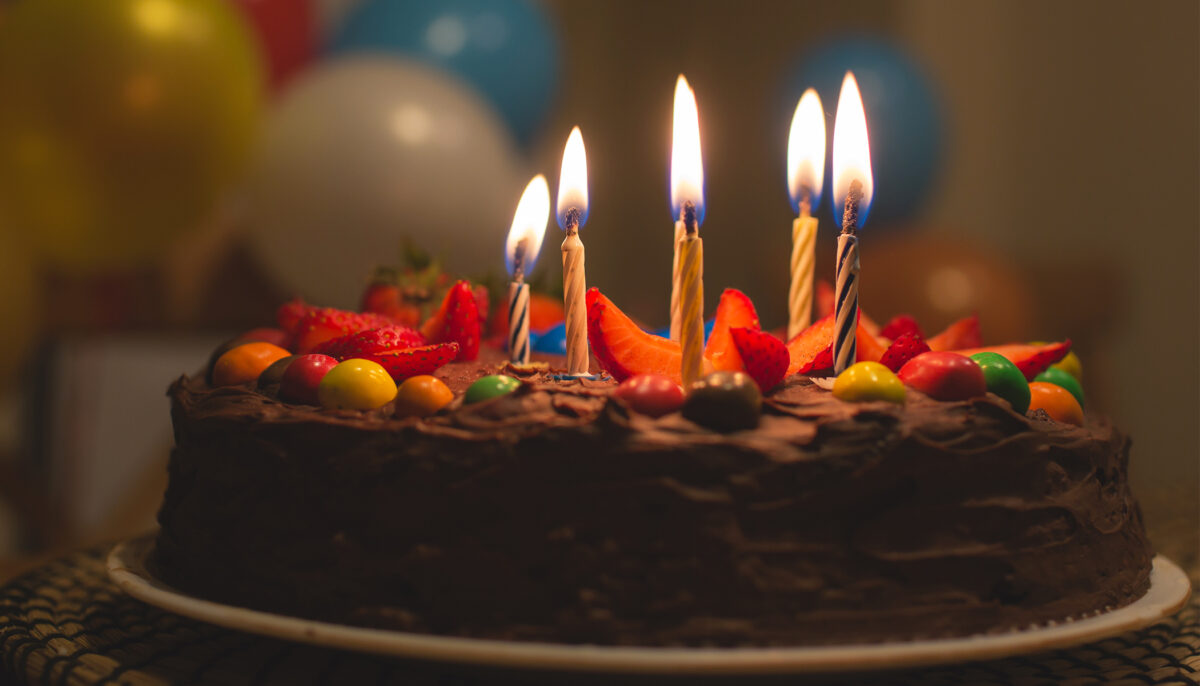 Most children adore a celebration, especially birthdays, as they are supposed to be fun for everyone no matter who is celebrating many happy returns.

So imagine this fathers surprise when his wife and six daughters gathered around to sing a family rendition of “Happy Birthday,” only for the candle-blowing finale to cause a thoroughly unexpected reaction.

“We are the Busbys,” parents Adam and Danielle Busby, of Houston, Texas, explain on their YouTube channel.

“We are the proud parents of six girls,” they continue, “big sister Blayke and the only all-girl quintuplets in the United States (Ava Lane, Olivia Marie, Hazel Grace, Riley Paige, and Parker Kate).”

The video that follows has entertained millions of viewers with its adorably unprecedented outcome.

“This was Buzzs first birthday with all of the babies home,” reads the video caption. “We thought we were just catching a special moment to cherish, but it turned into a priceless ending once daddy blew the candles out.”

In the sweet video, father Adam Busby sits among his girls as mother Danielle stands behind the camera, getting the party started by singing the first lines of “Happy Birthday.”

Blayke looks on as her baby sisters, dressed in identical pink dresses and slightly bemused by the proceedings, listen to the birthday song.

Then comes the obligatory birthday wish. “Its time to make a wish!” instructs Danielle, as Adam squeezes his eyes shut and obliges. Then, he moves the cake closer and gently blows out his birthday candles.

There follows a second of startled silence before the baby to Adams left starts to bawl inconsolably. Upset by their sisters tears, two more babies join in the waterworks as Adam cant help but stifle a grin.

You can watch the full video for yourself in the clip above. Do the quintuplets tears make you clutch at your heart in sympathy or giggle like the Busbys do?

The Busbys amusing birthday clip was posted on YouTube on June 11, 2016. Since then, the video has amassed over 16.8 million views.

Mom Danielle kept the camera rolling the whole time. The cacophony of Dads laughter among his little girls tears of surprise makes for a veritable emotional rollercoaster!

We had a wonderful time celebrating the quints first birthday this weekend. We have been blessed beyond measures for…

The Busby family has become something of a YouTube sensation after launching their family channel, Its A Buzz World. There are six adorable reasons behind their viral infamy: 8-year-old Blayke and her five little sisteRead More – Source