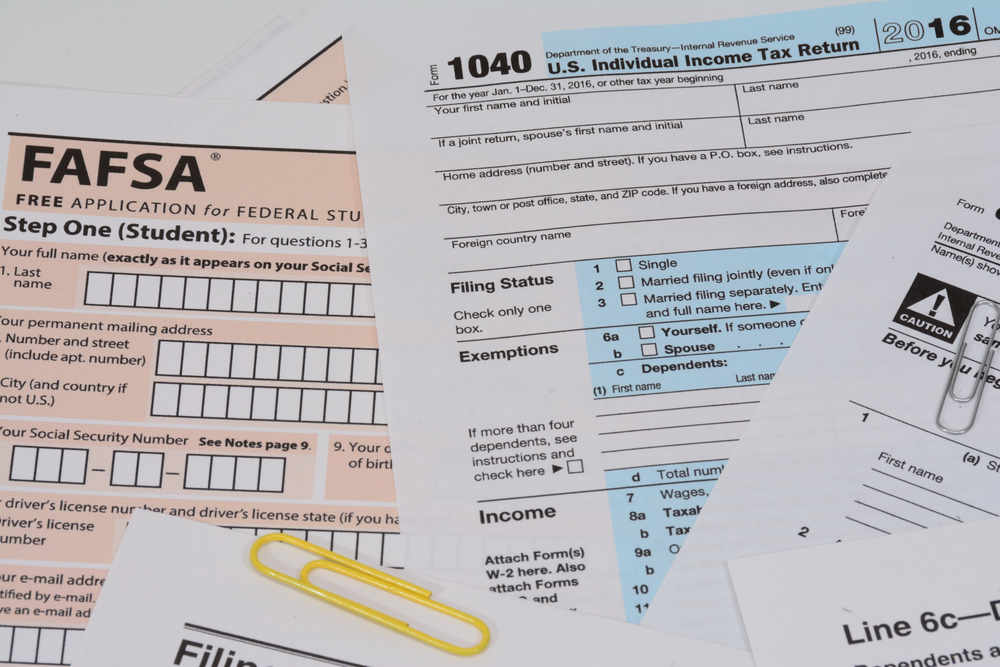 NEW YORK—U.S. tax reform is finally catching up with the college financial aid process, and the synchronization is off to a rocky start.

The Free Application for Federal Student Aid (FAFSA) for the 2010-2021 academic year became available on Oct. 1. This form, the first since the Tax Cuts and Jobs Act went into effect, requires information from 2018 tax returns.

Tax law changes figure into the calculation of the Expected Family Contribution, which is the all-important bottom line amount colleges want families to pay toward tuition.

Six new schedules are incorporated into the main 1040 tax form, while the 1040EZ and 1040A forms have been eliminated. Tax data can be culled electronically to the FAFSA through the IRSs Data Retrieval Tool if applicants sign up for that process.

However, the system does not pull in the schedules, particularly Schedule 1, which lists items like capital gains, unemployment payments, student loan interest paid, or the teachers deduction for supplies. Instead, there are prompts asking if you filed that form.

The FAFSA system does not alert you if any schedules are skipped, said Charlie Javice, the founder and chief executive of Frank Financial Aid, a free app that helps students file the FAFSA.

“You could be providing half the information, and nobody is telling you if its accurate or not,” said Javice.

The risk is that students could miss out on aid because certain income and deductions are not counted. They could make math mistakes when inputting the data by hand, or their applications could be incomplete, resulting in a laborious verification process.

Families tend to give up when the process gets too cumbersome, Javice said.

“If normally youd qualify for a variety of financial aid benefits, and this change puts it at risk, you may want to run that by somebody,” said Eric Bronnenkant, head of tax at Betterment.

The forms 1040EZ and 1040A used to automatically qualify low-income students for an Auto-Zero Expected Contribution or the Simplified Needs Test. The Department of Education said the added Schedule 1 question serves this purpose.

But in August, 10 senators sent a public letter to Secretary of Education Betsy DeVos seeking clarification. “We are concerned that mistaken answers to this complicated question could lead to eligible students losing access,” they wrote.