That's certainly the case in the English Premier League, where managers are often discarded as soon as results begin to suffer.Though just one coach has been fired so far this season — Javi Gracia lost his job at Watford — three others are coming under increasing pressure.Manchester United's Ole Gunnar Solskjaer, Tottenham's Mauricio Pochettino and Everton's Marco Silva are all in the headlines for the wrong reasons.At the forefront is Solskjaer, who has presided over the club's worst start to a season in 30 years and is already facing speculation over his future."You are used to criticism … when you are in United, everything gets much bigger," United defender Victor Lindelof told Expressen earlier this week when asked about the plight of his manager"There are more people watching, more people writing about the club than any other club."When Solskjaer arrived at United in December 2018 he enjoyed a stellar start by winning his first eight games in charge and seemingly throwing off the shackles that had been imposed upon the players by his predecessor Jose Mourinho.But the tremendous start soon gave way to a more realistic run of form as United's familiar shortcomings were exposed. In fact, since Solskjaer was appointed as manager on a full-time basis on March 28, 2019, United has won just 17 points in 16 games. 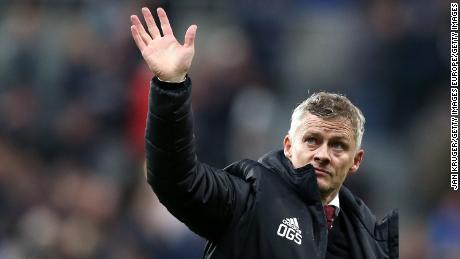 To put that into perspective, the four victories, five draws and seven defeats is the fourth-worst total of any of the 17 ever-present Premier League teams during the same period.There's also the fact it has managed just two Premier League goals since August and has been beaten by Crystal Palace, West Ham and Newcastle.The defeat at Newcastle means United has now gone 11 successive games without managing to win away from home.Not even the solace of an international break could save Solskjaer from more pain with goalkeeper David de Gea suffering injury while playing for Spain. 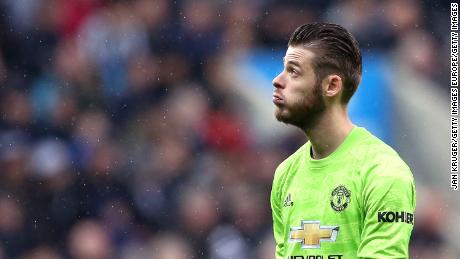 READ: The nightmare is real for Manchester United and it's only just beginningREAD: United faces long road back to the topDe Gea will join Paul Pogba in missing the crunch clash with league leader Liverpool — a team that has won all eight of its Premier League games so far this term and is already 15 points clear of its great rival.Defeat against the Champions League winner on Sunday would heap yet more pressure on Solskjaer, not that the Norwegian is allowing criticism of his team's recent performances to affect his long-term project at Old Trafford."All the talks I've had with the owners, with Ed Woodward and the club have been about me having a three-year contract,' Solskjaer told Sky Sports."We're planning long-term. I've been given the job and if you lose a game or two, you don't wait for a call to be given assurances."But we started out with a plan and a recruitment plan is in place. I'm 100% sure from my time here that the structure is right because it is always the manager who has the final say."

One of those who could replace Solskjaer is currently enduring problems of his own.Few will forget Tottenham's astonishing run to last season's Champions League final under Mauricio Pochettino, one of the game's most admired coaches.A brand new $1 billion stadium and a team wrestling for European football's greatest prize, Tottenham under Pochettino appeared to have finally come of age.And yet, only months later, the cracks that were papered over by the run to the final can no longer be hidden. 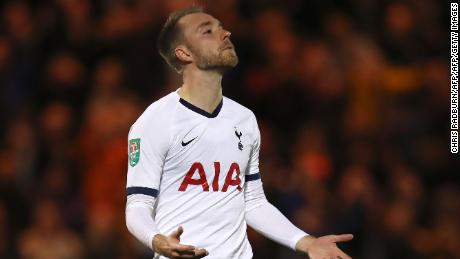 The 7-2 Champions League thrashing by Bayern Munich was humiliating. The defeat by fourth-tier Colchester in the League Cup was humbling. Losing 3-0 at Brighton in the Premier League was just horrible."It's probably several things," football writer Seb Stafford-Bloor told CNN when asked the reasons behind Tottenham's collapse since the Champions League final."It represented a natural end and the full extent of what could realistically be achieved, and a lot of players — and most likely the head-coach — seemed to come to that conclusion at the same time. "The failure to sufficiently alter the dynamics of the squad over the summer has allowed that mentality to leak into the new season and the result is this series of tired, distracted performances. Half the side is waiting to leave, the other is treading water until a proper reinvention begins. It's limbo and it's ugly." 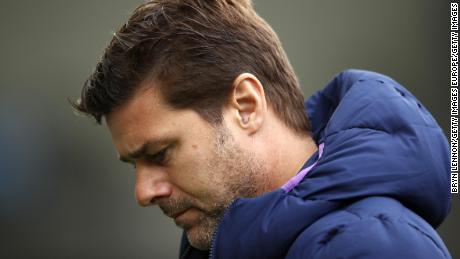 READ: Champions League final a distant memory as Spurs stumblesREAD: Hugo Lloris in agony after freak injury as Spurs slides to fresh defeatTottenham's form, particularly on the road, has been wretched. It has not recorded a league victory away from home in the Premier League since a 2-1 win at Fulham on January 20, 2019. In the 10 away games it has played since, Spurs has conceded 18 goals, losing eight and drawing twice. Add that to poor performances from key players and rumors of unrest in the squad and it's not hard to see why Spurs has struggled. So who is to blame? "Everyone, really," Stafford-Bloor says. "Pochettino has been sulking in public for a while and his mood swings haven't helped. Levy has contributed to that, though, because players who needed to leave over the summer weren't sold and positions which clearly needed reinforcing weren't strengthened. "That being said, it's been disappointing to watch the deterioration in attitude and how, using the circumstances almost as an excuse, a couple of players have very clearly taken the opportunity to lower their standards. "Unfortunately, there's also been far too much briefing of the press — complaining about training schedules etc. — and that always seems to be a sign of receding professionalism. " 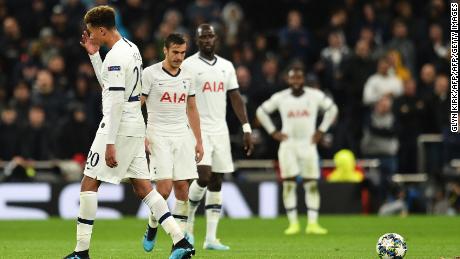 Speculation over Pochettino's future has swirled ever since the defeat by Liverpool in the Champions League final.One of the most admired coaches in the game, the Argentine will not lack for future employment.But question marks surround whether he can turn Tottenham's fortunes around — or even if he wants to remain at the club."I think the question is whether he wants to (stay)," Stafford-Bloor added "He's owed the opportunity to rebuild his side, that would be more than fair, but there'd be little point in allowing him to do that if, really, he's just waiting for the chance to join a wealthier club. "He would deserve that chance, no question, but if that's his current mindset then Tottenham have to look elsewhere."

While Pochettino may be afforded the opportunity to leave on his own terms, Everton's Marco Silva appears to be facing a rather more unforgiving route.After a summer in which the club Read More – Source