The strike was his 420th in La Liga, breaking Cristiano Ronaldo's record of 419 goals scored in Europe's 'top five' leagues — Spain, England, Germany, Italy and France.Despite finishing the match with just nine men on the pitch, Barcelona hammered Sevilla 4-0 to stay within two points of Real Madrid at the top of La Liga.The home side scored three goals in eight first-half minutes, the first an acrobatic effort from Luis Suarez, before Messi wrapped up the three points late on.Sunday's four-goal haul took Barcelona's total scored under coach Ernesto Valverde to more than 300, with Messi, unsurprisingly, leading the charts with 97."I think the result at half-time was probably a bit misleading," Valverde said after the match. "We were able to finish our chances, they weren't. Before we scored the first goal, they caused us problems because they had men getting forward out wide."Once we got the goal, I think that open game they wanted to play allowed us to create chances ourselves. Teams start pressuring you but you have to make it last 90 minutes."As the first half went on, their legs got tired and that's when you can find the space. The game opened up even more and we finished it off."Real Madrid survived a second-half scare to beat Granada and retains its two-point cushion at the top of the table.Despite cruising 3-0 after an hour thanks to goals from Karim Benzema, Eden Hazard — his first in Real Madrid colors — and Luka Modric, Granada scored two goals in the space of eight minutes to set up a nervy finish.However, with the visitors pressing in search of an equalizer, Real hit Granada on the counter and secured the three points through James Rodriguez's stoppage-time effort."We want more, we are perfectionists," coach Zinedine Zidane said after the match. "We want it, we need it and we will get it done. I am happy with what they are doing. There are no easy games and you must be on from the first minute. 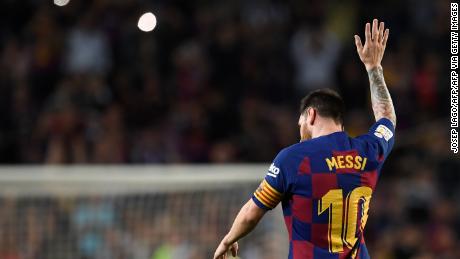 "I think we can all be happy, because we are at the top of the table and it will be a long journey. We have hard work ahead. It is a shame that so many players are going to play for their countries but we must accept that they will not get to rest up."We need to focus on the positives. We need to improve and that is what we will do. We are better than we were a month ago and we will improve because each player brings something to the team, and you can see that."

Juve goes top of Serie A

Sunday was billed as the first real Serie A examination of Antonio Conte's new-look Inter Milan, as Juventus visited the San Siro to provide an early litmus test of the Nerazzurri's title credentials.Having previously secured seven wins from its opening seven games, Inter was confident of claiming a first Derby d'Italia victory in more than three years.However, it took Juventus just four minutes to silence the San Siro crowd as Paulo Dybala struck a fizzing opener past Samir Handanovic into the far corner.READ: Antonio Conte seeks to answer prayers in search for holy grailREAD: Can anyone stop Juventus' march to a ninth successive title? 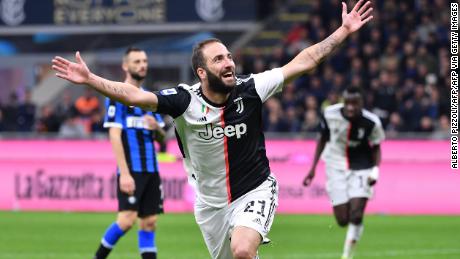