Just five months since Liverpool produced one of the most astonishing comebacks in the history of European football to dump Barcelona out of the Champions League, its players were once again involved in another contest that defied any modicum of logic.Playing Austria's Red Bull Salzburg — a game Liverpool had been expected to win comfortably — this was an utterly thrilling contest in which chaos reigned supreme and the rest of the watching world embraced it.It ended 4-3 to Liverpool, but Salzburg will wonder how they didn't come away from Anfield with a draw.Nowhere has seen more Champions League goals since the start of the 2017-18 season than Anfield. This thrilling encounter made it 47 — seven more than any other venue, though Liverpool supporters may have accepted a quieter evening if pressed.While the neutrals will bask in the entertainment, for Liverpool, there will only be relief, especially after Jurgen Klopp's side had lost its opening Group E game at Napoli.Leading 3-0 after 36 minutes, this was a game for Liverpool that should have been over for the European champion at halftime.Instead, like a tired parent fumbling around in the dark after coming home late and tripping over the noisiest toy in the house, Liverpool could not find a way to switch Salzburg off. In the end, the Austrians woke the whole house up. 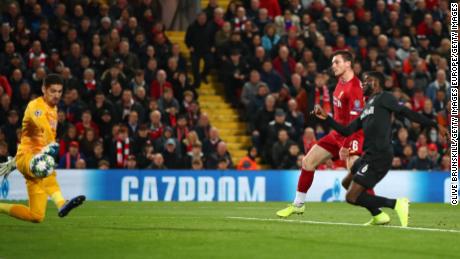 How did it come to this? At three goals down, not even the most ardent of Salzburg supporters would have imagined what would madness would ensue.No team had scored three goals at Anfield in a European game since October 2014 and no team had beaten Liverpool in its own back yard since Real Madrid triumphed 3-0 five years ago.Add into the equation Liverpool's status as defending European champion and its seven victories from seven Premier League games, and few would have forgiven the traveling supporters for fearing the worst.Sadio Mane, playing against his former club, had given Liverpool a ninth-minute lead with Andrew Robertson and Mohamed Salah adding further goals to leave Liverpool in pole position with just nine minutes of the first half remaining.Even when Hwang Hee-Chan turned Virgil van Dijk inside out and coolly finished to reduce the deficit to two goals just before the interval, it appeared more of a consolation goal than anything for Liverpool to fear.How wrong that assertion proved to be. 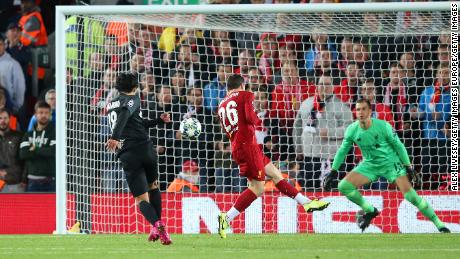 READ: Bayern hits seven to stun SpursREAD: Real stumbles as Club Brugge holds on for drawThe Austrian champion, which hit six in its opening group game a fortnight ago, exploded out of the blocks in the second half to leave Liverpool's Anfield fortress rocking.Within 11 minutes of the restart, the deficit was down to one as Takumi Minamino unleashed a stunning volley into the far corner as the impossible began to look more than possible.Four minutes later, Salzburg moved level courtesy of substitute Erling Braut Håland, who tapped home at the far post before wheeling away to celebrate in front of the delirious away supporters.It was all too much for Jesse Marsch, the Salzburg coach, who ran down the touchline with a mixture of joy and disbelief. If you cannot enjoy moments like this as a coach, moments that so many sports fans dream of, then whRead More – Source