Lloris failed to hold an inswinging cross from Pascal Gross, falling awkwardly backwards as Neal Maupay gave the Seagulls a third minute lead in the English Premier League match Saturday.There was a lengthy delay as Tottenham captain was treated on the field and given morphine and oxygen before being taken to hospital.Lloris, who has suffered a dislocated elbow, will miss France's upcoming Euro 2020 qualifiers against Iceland and Turkey."Our club captain was stretchered off as a result of the injury and will now return to London this evening after being assessed at a local hospital," said a statement from Tottenham Hotspur."Assessment will continue this coming week to ascertain the full extent of the injury and the length of time he will require to undergo rehabilitation."

It was the worst possible start for a side looking to hit back after a 7-2 home mauling by Bayern Munich in the Champions League in midweek and other disappointing results."To concede and lose your captain was a massive emotional impact for the team," said Pochettino, who is suffering the biggest crisis of his five-year tenure at the North London side.With Lloris replaced by Paulo Gazzaniga, the visitor looked to hit back but found a home side in inspired form despite a winless run of six games going into the match. 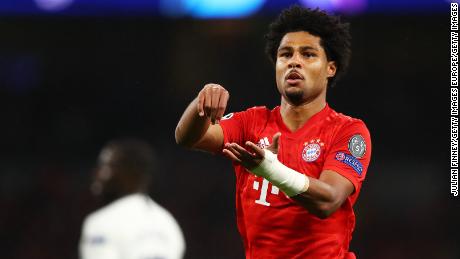 Teenage Irishman Aaron Connolly did the further damage, reacting quickly after Gazzaniga failed to hold his first effort to put his side 2-0 up inside half an hour.It was to get worse for Tottenham in the second half with 19-year-old Connolly stepping inside Toby Alderweireld before firing home the third with a curling shot.Son Heung-min and Harry Kane then missed cast-iron chances, which summed up Tottenham's afternoon and left Pochettino scratching his head what to say to his deflated supporters and team."Now you cannot find any words to console them and our plRead More – Source