At just 19, Erling Braut Håland is fast becoming one of the most sought after strikers in European football and it's not difficult to see why.On Wednesday, the Red Bull Salzburg star became the first ever player to score as many as six goals in his first three Champions League appearances.His two goals in the 3-2 home defeat by Napoli took his tally for the season to a staggering 20 goals in just 13 appearances for the club. 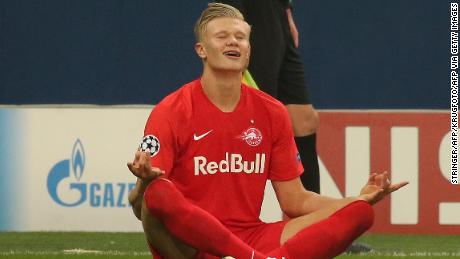 It also means he is only the second teenager in Champions League history to score in each of his first three appearances in the competition, after Real Madrid forward Karim Benzema.The Norwegian, whose father Alf-Inge Haaland played in the English Premier League with Manchester City and Leeds United, has scored four hat-tricks so far this season. 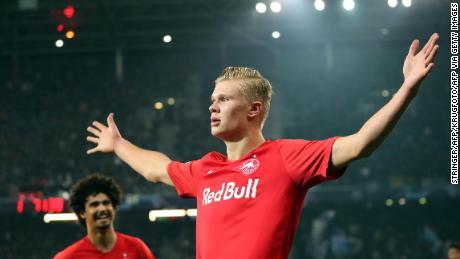 Håland became the third youngest player to score a Champions League hat-trick when he scored three in Salzburg's 6-2 win over Belgian side Genk last month.He also became the first teenager to score more than once on his Champions League debut since Wayne Rooney scored a hat-trick for Manchester United against Fenerbahce in September 2004.Håland's goalscoring exploits will not have gone unnoticed with speculation already linking the forward with a move to link up with Norwegian coach Ole Gunnar Solskjaer at Manchester United.Born in Leeds during his father's spell with the Yorkshire club, Håland spent his early footballing career at Norwegian side Bryne before moving to Molde, where he was managed by Solskjær.He moved to Salzburg in Austria in January 2019, and started the new season in red hot form, scoring a hat-trick in his first game of the season — a 7-1 Austrian Cup win against SC-ESV Parndorf — and in his fourth game — a 5-2 Austrian league win against Wolfsberger.In May, Håland scored nine goals in a single game for Norway's Under-20 team as it defeated Honduras 12-0 in a World Cup game.But while the Salzburg star shone bright on Wednesday, he wasn't the onRead More – Source