The talented sculptor in question is Luis Campos, the club's technical director who has molded a relegation-threatened squad into one of France's finest.Last year, the Portuguese traveled a staggering 280,000 miles around the globe in search of new talent for Lille's ambitious project, that he hopes will see it become a regular on European football's biggest stage.When Lille face Ajax on Tuesday, it will be the first time since 2012 that the Stade Pierre-Mauroy has hosted Champions League football, thanks to last season's second place finish in Ligue 1.At the same time as Campos was hired, Lille appointed Marc Ingla as its CEO, the man whose work behind the scenes on the Barcelona board during Joan Laporta's presidency was crucial to the most successful era in the club's history.Campos is widely regarded as one of the smartest and most effective technical directors in football and, though he left a year earlier, was key to building the team that led Monaco to the Ligue 1 title and the Champions League semifinals in 2016/17.Upon leaving Monaco, Campos insisted his work on the Riviera would not be his final "masterpiece" and he is already well on his way to creating another.READ: Lille and the making of Arsenal star Nicolas PepeREAD: 'I didn't think about breaking barriers or making history, only doing my job'"The work of Luis is very sensitive for our strategy for the club," Ingla tells CNN. "It's very travel intensive, there's an amount of work that is scientific, that is data intensive, that is methodology intensive. "But also there's some art involved, which is the live observation and that's the final value that Luis adds."Campos, of course, does not work alone. Ingla believes Lille has one of the most efficient scouting set-ups in the world, meaning the club is able to fully capitalize on being situated in a region rich with young footballing talent.Lille has 20 scouts in France and more spread out around the world, focused particularly on unearthing stars in Maghreb and West Africa."Our recruitment capacity and the extent of talent we have access to is just amazing, it's just incredible," Ingla says. "[This is] led by Luis, who is if not one of the best, the best, not only scout but also sporting adviser. 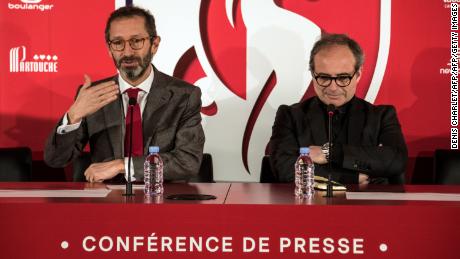 "We scout players with a unique set of methodologies, software tools, data gathering tools, so we can have more rapid and better access than any other club to the emerging young talent that can feed our playing style, which is offensive and spectacular."But also formative, so these players can earn exposure and grow — firstly for their careers so we can benefit from their sporting performance — but also so they can fulfill their dreams of succeeding with us and maybe dreaming higher one day, like has been the case for [Nicolas] Pepe. "Today, like in entrepreneurship and in other industries, talent can emerge in any corner of the world and that's why we are really attentive."

However, the short journey so far has not been without its bumps in the road. One of Ingla and Campos' first major decisions was hiring Marcelo Bielsa as the team's new head coach, a man whose ideas have influenced some of the very best managers of this generation but whose teams also have the tendency to implode.After amassing just 12 points from his opening 13 games — and then traveling back to South America to visit a terminally ill friend without the club's consent — Lille relieved Bielsa of his duties.Such is the nature of modern football — a phenomenon that sees managers fired and entire projects scrapped after a few bad games — the pair perhaps would have been expected to tear everything down and start again.Given that only 18 months ago — after Campos and Ingla's first full season at the club — Lille escaped France's relegation play-off by just one point, even the duo, as optimistic as they were, could not have foreseen such immediate success.But both Campos and Ingla had faith in the long-term plan they had envisaged, which was funded by billionaire investor and new Lille owner Gerard Lopez, and hired coach Christophe Galtier to carry through their vision."We believe it is very important to be consistent in football," Ingla says. "Bad results can come, bad seasons can come but the strategy to stay [the same] and the less changes you make, the more your sporting strategies are reinforced and [you see] the fruits of these. 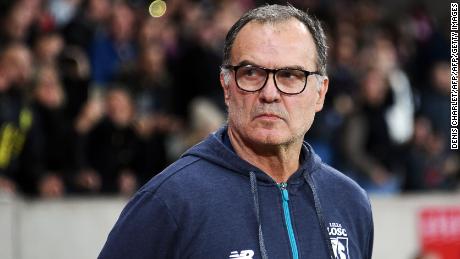 "If you manage the club by the Monday results and newspapers commentaries or social media commentaries, it's just unmanageable. We have to try to be consistent in an industry that sometimes is a bit more extreme on the negatives or the positives. "Sometimes we are more accurate in our decisions and with the results we are having we gain more positive attention. We may make errors, of course, but we believe we are in a positive trend."

'It's not easy to reach the top'

Given that Lille cannot compete with the financial strength of European football's superpowers, one of the key elements to the success of this project is the club's ability to buy low and sell high, as it did with Nicolas Pepe.Some of the most talented youngsters and the players at Lille hoping to follow in the Ivorian's footsteps are Jonathan Ikoné, Timothy Weah, Boubakary Soumaré and Jonathan Bamba.However, while signing and developing some of the world's most exciting young talent undoubtedly has its long-term financial benefits, it can also lead to a dearth of experience among the current playing squad. With an average age of just 24.2, Lille boasts one of the youngest squads in this season's Champions League and has just five players over the age of 25.While Bielsa sold several of the team's more senior figures, one of Galtier's first major decisions when helping shape the first team was to add more experience. 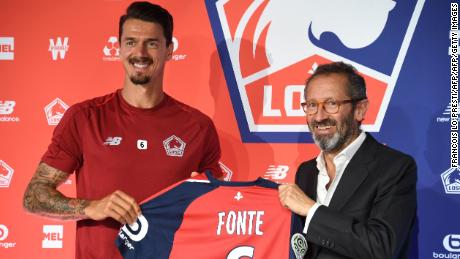 One of those bRead More – Source