USWNT star Megan Rapinoe praised Raheem Sterling for his continuing fight against racism and urged a host of leading footballers and coaches to use their platform as worldwide stars to "change the world for better" after being named The Best FIFA Women's Player of the Year on Monday.Rapinoe won the award thanks to her performances in the USA's World Cup-winning campaign — from which she emerged with both the Golden Boot and Golden Ball for top scorer and best player — beating teammate Alex Morgan and England's Lucy Bronze.The 34-year-old Rapino said she drew inspiration from Manchester City's Sterling, Napoli defender Kalidou Koulibaly and Iran's 'Blue Girl,' who set herself on fire and later died after being charged with "'openly committing a sinful act by appearing in public without a hijab'" when she attempted to enter a stadium "dressed as a man" in March."I was going to say some of the stories that have inspired me most this year; Raheem Sterling and Koulibaly [for] their incredible performances on the field, but the way that they've taken on the disgusting racism that they have to face this year, but probably for their whole lives," Rapinoe said at the FIFA awards ceremony at La Scala in Milan"The young Iranian woman who eventually set herself on fire because she wasn't able to go to the game. The one out MLS player, Mr. [Collin] Martin, and the countless other female out LGBTQ players who fight so hard every day just to play the sport that they love, but be also fight the rampant homophobia that we have. "Those are all the stories that inspire me so much. But they also admittedly make me a little bit sad and a little bit disappointed."Sterling has become a leader and the face of the fight against racism in English football and has arguably done more than anybody else in Britain to promote racial discourse.After being racially abused by Chelsea fans at Stamford Bridge in December 2018, he uploaded a post to Instagram highlighting the difference in the way the media speaks about young black players and white players.His voice was once again called upon in March following England's 5-1 victory over Montenegro, during which Sterling and teammates Danny Rose and Callum Hudson-Odoi were racially abused.Koulibaly also used social media to denounce racism after he was subjected to monkey chants against Inter Milan in December last year, writing: "I am proud of the color of my skin. Proud to be French, Senegalese, Neapolitan: a man." 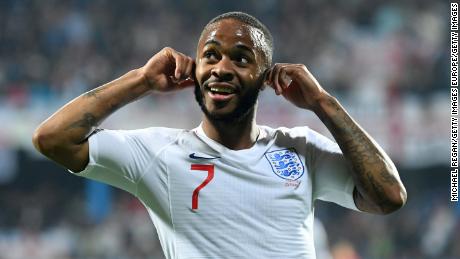 However, Rapinoe said that it shouldn&#039Read More – Source