HomeTennisMeet the banker turned hitting partner to the stars
Tennis

Meet the banker turned hitting partner to the stars

No, it's not the introduction to a complicated joke, but a real life scenario that linked two of the finalists at the US Open.Canadian Bianca Andreescu stunned the tennis world by beating 23-time grand slam champion Serena Williams to clinch her maiden major title. A day later, the lanky Daniil Medvedev made Rafael Nadal work hard for his 19th grand slam title. Connecting the two was 22-year-old financier Michael Genender, who served as a hitting partner for both Andreescu and Medvedev during the tournament."I will remember it forever," Genender told CNN's Patrick Snell.READ: Bianca Andreescu: How a fake check inspired the US Open championREAD: Nadal edges Medvedev to win 19th major, only one behind Federer

Genender, a lefty who plays a two-handed backhand, was a promising collegiate player with Stanford University before trading the tennis court for the stock market.At Flushing Meadows he was part of the US Open's hitting partner program, on hand to help players tune up for key matches.Ahead of Andreescu's round-of-16 clash with the left-handed Taylor Townsend, Genender was asked to mimic Townsend's game, employing an aggressive net approach tactic during warm ups. READ: Novak Djokovic: how a kid from war-torn Belgrade beat the odds 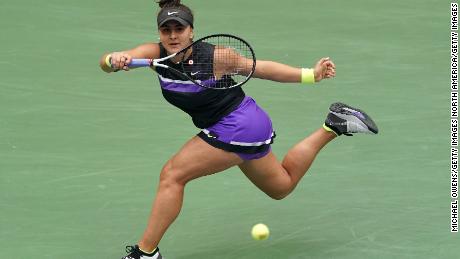 He also replicated Nadal (as best he could) by standing far behind the base line on serve as Medvedev worked on his strategy to counter the Spanish great in his first grand slam final."Daniil is a great guy, really down to earth," said Genender, who also hit with Naomi Oska's conqueror Belinda Bencic. "He was very relaxed and knew the magnitude of what was coming."Medvedev, 10 years Nadal's junior at 23, showed real grit, coming back from two sets down to sRead More – Source