With five league wins out of five, the Reds are already five points clear at the top of the table, with title rivals Manchester City experiencing a relatively sticky patch of form in its defense of the crown. However, following a shock defeat in the UEFA Champions League midweek, Liverpool's unbeaten run could be in jeopardy when it visits Stamford Bridge. The Anfield club has not won away against Chelsea since 2016 and has struggled when traveling to the league's top teams — Liverpool has won just once against the EPL's top six clubs since that victory.Not that Liverpool boss Jurgen Klopp says he's worried about these past results."The longer things like this happen the more likely it is to change," he told reporters Friday. "We go there of course to get a result. We cannot go to Chelsea and guarantee that you win the game, they are just too strong for that." READ: 19-year-old Håland scores hat-trick on Champions League debutREAD: Liverpool stunned by Napoli in Champions League

The two sides have already met this season, with Liverpool coming out on top in the closely fought UEFA Super Cup final last month. Penalties were needed to separate the two sides on that occasion after the scores was level at 2-2 after 30 minutes of extra time. Chelsea midfielder Ross Barkley says his side can take confidence from the match, despite missing out on lifting the trophy. "You saw how well we performed in the Super Cup. We will perform to those levels again on Sunday and hopefully, it goes our way," said the 25-year-old, who missed a penalty in his side's Champions League defeat by Valencia Wednesday."Every side is beatable on the day. It just comes down to hard work, putting the extra yards in, and a little bit of luck. Big games bring the best out of all players."

Under Klopp's reign, Liverpool has looked frightening in attack. The awesome trio of Sadio Mane, Mohamed Salah and Roberto Firmino have run riot against Premier League defenses and have started this season in similarly impressive form.Despite its success going forward, Liverpool has looked vulnerable in defense as of late and has kept just one clean sheet in the league.Even UEFA Player of the Year Virgil van Dijk has looked slightly off the pace and was at fault for Napoli's second goal during Tuesday's defeat in Europe.It's a potential frailty that Chelsea will be keen to take advantage of with its roster of young attacking talent. The likes of Tammy Abraham, Mason Mount and Fikayo Tomori have breathed new life into the club which lost star attacker Eden Hazard to Real Madrid in the summer. That trio of youngsters have all been given a chance in the Chelsea first team by new boss Frank Lampard and have so far relished in the opportunity. Most notably, Abraham, 21, is the league's current joint top scorer with seven goals, three more than Liverpool's Mane and Salah have each managed. The maturity and progress shown by his young side has pleased Lampard in recent weeks to a point where he believes it can cope with "one of the best teams in the country.""It's a club that I love and I feel at home. It's great to be around familiar faces. I am working towards that," he said, on his tenure to date. "I have seen signs of improvement and it is good to see that. I am in the moment, and I am working towards something."READ: Cristiano Ronaldo comparisons 'unfair' says Benfica boss 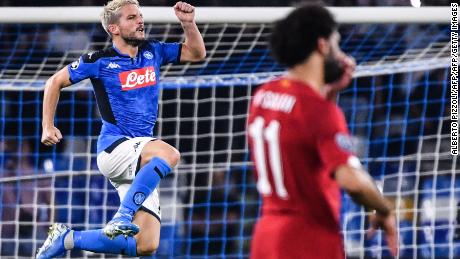 Lampard is yet to win a competitive home game since his appointment but has continued to receive a wonderful reception from his adoring supporters.The former England international is still the club's top scorer (211) and won three league titles during his 13-year spell at Stamford Bridge. His Chelsea side currently sit joint third in the league and Lampard has garnered widespread praise for his trust in youth. Klopp, who guided his side to Champions League victory in June, says he's been impressed by the 41-year-old Lampard and the positive impact he's had on the new generation since joining from Championship side Derby County. Read More – Source