Has football gone too VAR?

After a weekend in which Manchester City hit eight, Liverpool won its sixth consecutive game to maintain its perfect record and Manchester United fell even further behind its rivals, it is instead VAR — or video assistant referee — that is occupying center stage.Social media was in meltdown following a number of controversial decisions, dispelling the notion that VAR would consign post-match arguments to history.It could take fans up to 10 years to understand how VAR works, according to Lukas Brud, secretary of IFAB, the International Football Association Body, which is responsible for the laws of the game.But should Brud's prediction be proved correct then the next decade could prove rather painful for football fans.Take Saturday's game between Leicester and Tottenham where Spurs star Son Heung-min was adjudged to have been offside in the lead up to his side's second goal.The ruling, which came after a lengthy two-minute review, showed Son to be millimeters offside. While sports such as cricket and rugby have managed to use video technology without too much controversy in recent years, the Premier League appears to be having teething problems in these early stages.Gary Lineker, a former Leicester, Tottenham and England star turned presenter, tweeted that VAR "could and should benefit the game but at present it's sucking the life out of it."Tottenham's pain was compounded by conceding an equalizer and then seeing James Maddison lash home an 85th-minute winner for Leicester."We need to accept that it's completely fair, the rules," Mauricio Pochettino, the Tottenham coach, told reporters after the game."I'm not disappointed with that, I'm disappointed because we conceded two goals and the emotion of the game changed."Giving that decision to Leicester made that thing happen in the last 10 minutes. At 2-0 the game is going to be different, when VAR disallowed the goal 2-0 is not the same as 1-0 with 80 minutes."That is normal that it changes the emotions. For us it was a massive disappointment and for them it was a massive belief for all the people and fans to keep pushing and they found the way to score a goal."In the end, we all thought it was going to be a draw and the goal appeared from long distance and it killed our feeling." 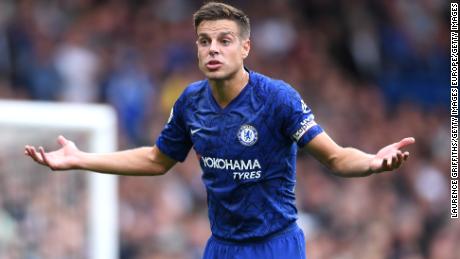 Pochettino was not alone in his assessment. Frank Lampard, the Chelsea manager, felt similarly after his side had a goal chalked off during its 2-1 home defeat by Liverpool.Chelsea was trailing 1-0 when Cesar Azpilicueta appeared to have equalized from close range. The Spaniard ran away to celebrate only for the goal to be ruled out for offside by VAR. Though the decision was correct, Chelsea, having been celebrating only moments earlier, soon conceded a second goal."We have to get on with it and it's a sad thing for the celebrations but we are looking for the correct decisions," Lampard told Sky Sports after the game on Sunday."It definitely changes the atmosphere in the crowd and on the pitch and it's deflating a little bit, and obviously they get a boost from it."According to the rules, the use of VAR technology is limited to four types of incident.