The glitzy awards hosted at the Teatro alla Scala in Milan on Monday honored the world's top footballers and coaches.Winners of the best men's player and coach were selected by an international jury comprising the coaches of all men's national teams (one per team), the captains of all men's national teams (one per team), one specialist journalist from each territory represented by a national team and fans from all over the world who registered on FIFA.com.However, in the days following the awards ceremony there was confusion as to who had voted on behalf of Nicaragua, after captain Juan Barrera took to Twitter, contradicting reports he had taken part in the polling.In fact, Manuel Rosas had voted on behalf of the Central American country ranked 148th in the world, with the Nicaraguan federation erroneously submitting Barrera's name."FENIFUT would like to leave it clear that this whole situation was a misunderstanding. We take responsibility for the administrative error and we understand the annoyance it could cause to one of our captains," read the statement which was shared on Twitter."FENIFUT would like to apologize for the misunderstanding that this whole issue generated."On Thursday, it was widely reported that votes cast by the Egyptian coach Shawky Gharib and captain Ahmed Elmohamady for the best men's player were not recorded as they were signed in capital letters which is in breach of FIFA's voting rules. READ: Megan Rapinoe praises Raheem Sterling, 'Blue Girl' in FIFA award speechREAD: Neymar, Bale, Coutinho: The loneliness of the megabuck soccer star 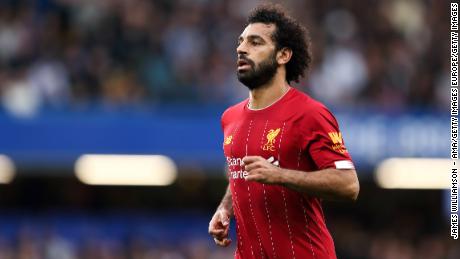 The two representatives of the Egyptian Football Association (EFA) nominated their countryman and Liverpool forward Mohammad Salah.In a statement sent to CNN, FIFA said that the EFA's voting forms were not signed by the federation's general secretary, which is mandatory. FIFA said it had twice contacted the EFA requesting the correctly signed forms but had not received a response by August 21."Therefore, the votes from the EFA could not be counted," said FIFA in a statement. The EFA did not immediately respond to CNN's request for comment.READ: Serie A should 'condemn racists' — FIFA bossREAD: Pep Guardiola defends Bernardo Silva over alleged racist tweetRead More – Source