Di Maria piles the pressure on Zidane and Real

Dressed in black and likely boasting a mood to match, Zidane watched on as his Real Madrid side succumbed to a 3-0 defeat at Paris Saint-Germain in its opening Champions League game on Wednesday.Make no mistake, this was a humiliating result for Real. The fact that Angel Di Maria, a former Real player, scored twice will only rub salt into Madrid's wounds.Even if one was to discount the three goals conceded, the fact Real failed to muster a single shot on target, the first time it has failed to so in 167 Champions League games, may gave an indication of the paucity of the display by a team that has won the European Cup a record 13 times.By the time Thomas Meunier, the PSG full-back, added PSG's third in the 91st minute, the game was already over. 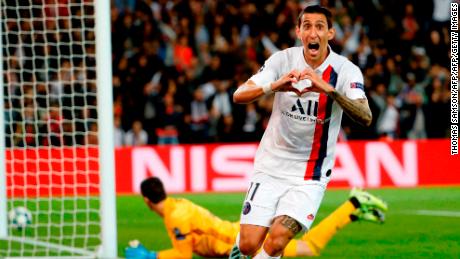 "We didn't really get properly into the game at any stage," Zidane told reporters after the game."We normally create lots of chances and though we had two ruled out today there was far, far, too little else. When we win, we win together, when we lose it's everyone's fault."READ: How the Champions League drama unfoldedREAD: 19-year-old Håland scores hat-trick on Champions League debutOn a night where Zidane had handed a first start to Eden Hazard, his $113 million summer signing, he was left fretting over a number of different hazards altogether. Indeed, it is the first time since 2006 Real has lost its opening group game in the competition though that will be the least of Zidane's worries.Take nothing away from PSG. This was one of its most impressive displays in the Champions League with di Maria making a mockery of the team's injury problems.Deprived of its talented attacking trip of Neymar, Kylian Mbappe and Edinson Cavani through a mixture of injury and suspension, few expected PSG to pose the kind of threat that it exhibited throughout this contest.At the heart of it all was Di Maria, once of Real, now very much a leading man for PSG. It was his two goals, the second of which featured an exquisite finish, that wrested control of the tie away from Zidane's side in the opening 45 minutes. 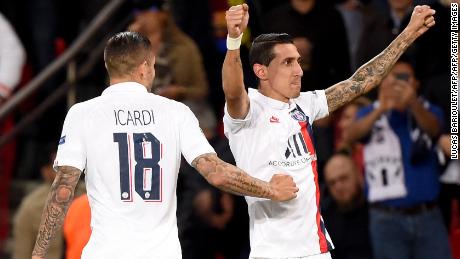 The margin of victory could have, and indeed should have been greater, though PSG rarely appeared likely to rue those misses. Meunier's late strike did not flatter the home side. If anything, the scoreline flattered Real more.For Zidane, who was without the influential defender Sergio Ramos through suspension, this defeat brings yet more questions than answers.When he announced his decision to leave Real Madrid in May 2018, just five days after leading the club to a third consecutive Champions League title, it appeared that a chapter had been closed. Of the 149 games he presided over, he won 104 and drew 29 — a win percentage of 69.8%. That's without even mentioning the nine trophies he won.By the time he returned, just 10 months later, the scene was almost unrecognizable.Cristiano Ronaldo had departed for Juventus, while two other coaches — Julen Lopetegui and Santiago Solari — had been and gone and Real ended the season 19 points adrift of eventual champion and arch rival Barcelona.Real only won five of Zidane's first 11 games in charge but his past successes earned him time and the opportunity to revamp the squad over the past summer. 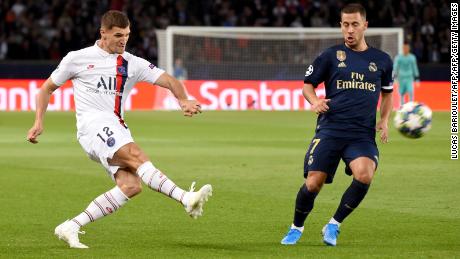