The food situation at festivals used to be dire but thankfully there are now more options, even for vegan folks.

And now theres a whole festival dedicated to all things plant-based.

Well, the event, Vegan Camp-out, has been around since 2016 but its only getting bigger and badder (in a good way).

Organisers have said its the worlds largest vegan camping festival. So were definitely on board.

This year, you can expect all the great stuff plus delicious new plant-based foods at the event happening in Newark Showground, Nottinghamshire.

What a time to be alive.

Organiser Jordan Martin, from Derby, started the whole thing three years ago in a field, attended by 400 people.

He said there were no social spots for vegans to hang out.

Since then the event has taken off, having amassed 5,000 guests last year.

I found there were these events where you pay £3 and try the food but no event that really saw like-minded vegans get together, he told Leicestershire Live.

And thats what the camp-out is about. Were expecting to have around 7000 people attend this year.

Lucky festival-goers can expect to see the genius that is Akala as well as musicians like Zak Abel and Shikari Sound System.

Therell be plenty of fun things to do as well as informative talks including a Vegan Activism Stage which will feature talks from Earthling Ed, James Aspey and Erin Janus. 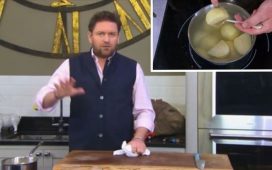 James Martin: How to make the perfect roast potatoes for your Sunday lunch 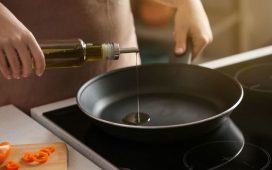 Can olive oil go out of date and is it bad for you? Cooking oil expiry times 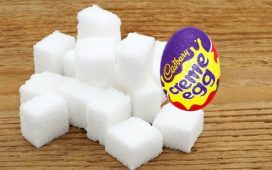 How much sugar in Cadbury’s Creme Egg? Calories and sugar count revealed 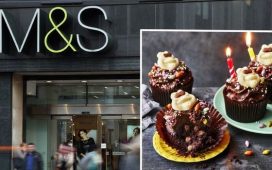 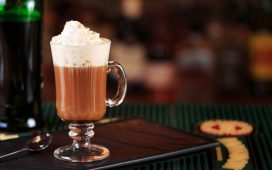 How to make an Irish coffee