Amnesty International issued a statement denouncing the illegal and inhumane siege against Qatar. A statement issued by the organisation stated, “the lives of thousands of Gulf residents remain in turmoil as a consequence of the ongoing political dispute in the region, said Amnesty International, more than six months after the crisis began”

According to the reputable organisation, during  its fact-finding mission visit to Qatar late last month, it has interviewed 44 affected individuals and met with officials from the Qatari Ministries of Interior, Foreign Affairs and Awqaf and Islamic Affairs, as well as the National Human Rights Committee to assess the human rights impact of the political crisis.

“Since this dispute began in June, our fears about its potential to rip families apart have been cruelly and emphatically realized, as measures imposed by Saudi Arabia, Bahrain and the UAE have violated the rights of ordinary people from across the region,” said Lynn Maalouf, Director of Research for the Middle East at Amnesty International.

“In that time the authorities in these countries have made little genuine effort to alleviate the suffering of those affected, including many mixed families facing traumatic separations. Perhaps most worryingly of all, there is no sign of a solution in sight.”

In a statement detailing the findings from the organization’s visit to Qatar, Amnesty International details some of the human rights impacts of  the crisis.

Movement restrictions on individuals and families of mixed nationality

Hundreds of affected family members have been separated from their spouses, children, parents and other loved ones for months, in violation of the right to family life.

Qataris can only travel to visit relatives if they have managed to obtain a “laissez-passer” explaining the “humanitarian” reason for their visit. These are hard to obtain and in no way address the human rights impact of the arbitrary, blanket measures imposed on the region’s citizens since 5 June.

People in Bahrain, Saudi Arabia and UAE have been threatened by their governments with harsh punishment if they dare to criticize these measures – a flagrant attack on freedom of expression. People have told Amnesty International that they fear speaking about the crisis with their relatives over the phone for fear of reprisals.

Food prices have risen as a result of the political crisis, putting pressure on migrant workers who need to buy food from their monthly salaries. They are disproportionately affected by these price rises than the rest of the population, because of their far lower salaries. They can face a choice between sending less money home to their families or eating a poorer diet in Qatar. 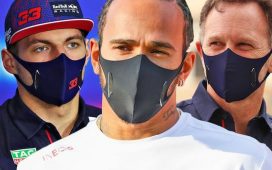 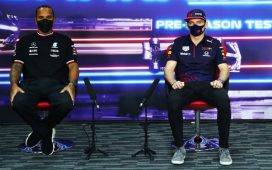