Sometimes seeing how the sausage gets made makes you want to avoid the sausage.

In a recent AskReddit thread, a user posed the question, "Chefs and waiters of Reddit, what type of dish do you always avoid when eating at another restaurant and why?" The responses from users, who claim to have worked in restaurants, were empassioned, to say the least.

Here are the 15 types of foods that restaurant industry insiders say they'd never dream of ordering.

1. "I don't trust hollandaise sauce to not come from a jacuzzi of aged bacterial growth."

2. "I avoid something that I think the kitchen doesn't experience much. If it's a steakhouse, I don't order the pasta. If it's a burger joint, I'll probably order a burger, not a chicken wrap. Don't send the kitchen into a frenzy because they can't remember how to prepare your food. And order something they're good at making."

3. "Swordfish. I've seen a chef cutting up and cleaning one before, and it's not pretty."

4. "Chicken is boring and overpriced for what it is. I try not to order anything with chicken that I can easily make myself."

5. "The daily specials are usually made up of ingredients that are the oldest in the kitchen."

6. "I don't dare touch salads. I've seen far too many waiters just shove their ungloved hands in the bins, and no one ever washes their hands enough for that to be ok."

7. "Any sushi special should be avoided."

8. "Chicken wings. Only because you work a wing night shift, and you watch the hundreds of wings splash into the deep fryers, and then there's the smell and sight of the chicken fat and juices congealed in the bins from where the baked wings sit before they get fried. It's a smell that you can't unsmell. It's not a gross smell but it's a particular smell that now makes me feel ill."

9. "Soups, unless it's a soup-focused place. I learned how to make soups in culinary school, and you can tell the difference between a shitty, hastily-throw-together soup, and one that is mindful. The former is what I realized I was getting most of the time, because a lot of normal restaurants just see it as a side dish or a cheap lunch item."

10. "Chicken. Too many times have I seen undercooked chicken, just because either the kitchen was slammed or the cook was being lazy."

12. "I'm always wary of chicken breasts. We'd prep a couple large containers of unbreaded chicken breasts that we would stretch over a week, sometimes a week and a half if business got slow."

13. "Beer that comes from the tap. No one cleans the fountain, and it usually has mildew festering in it."

14. "I avoid places that make coffee and don't rinse out the milk pitcher after steaming milk. This means it's likely the steam wand has crusty milk in it (that will have been cooked), the people aren't cleaning the coffee machine well, and your coffee will likely taste like shit."

15. "If you order the house wine, you're drinking the cheapest goon the bar manager thinks he can get away with."

Posts have been edited for length and clarity.

The post Chefs and Servers Reveal the 15 Things They'd Never Order at a Restaurant appeared first on News Wire Now. 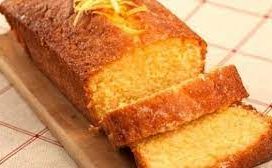 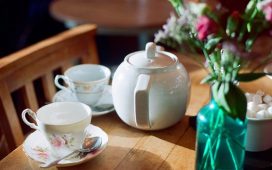