Canada’s Olympic gold and silver medalists won Skate Canada on Saturday, scoring 199.86 points to top their previous world mark of 198.62 set in winning the world championships last spring. Virtue and Moir haven’t lost a competition since they launched their comeback a year ago.

Skating to music from ”Moulin Rouge,” Virtue and Moir brought the Brandt Centre crowd to its feet in what was their final appearance at the event. The two said they’ll likely retire after the Pyeongchang Olympics.

Canadians Kaitlyn Weaver and Andrew Poje were second with 190.01 points, while Americans Madison Hubbell and Zachary Donohue were third with 189.43.

World silver winner Kaetlyn Osmond won the women’s singles title. The 21-year-old Canadian thrilled the crowd with her program to ”Black Swan.” Osmond stumbled out of a triple toe loop then fell on a double axel late in the program, but scored 212.91 points for the victory.

”It’s a great starting point; score-wise I’m where I was at the Grand Prix Final last year, so I’m a couple of months ahead this year, and hopefully it will keep growing,” said Osmond, who took a seven-point lead into the long program.

Russia’s Maria Sotskova scored 192.52 points for second, while American Ashley Wagner, who was seventh after the short program, climbed up to bronze with 183.94.

Shoma Uno of Japan won the men’s title with 301.10, while American Jason Brown was second at 261.14, and Russia’s Alexander Samarin won bronze with 250.06. Three-time world champion Patrick Chan of Canada had a disastrous night, falling from second place to fourth.

Meagan Duhamel and Eric Radford won the pairs, climbing from second after the short program, to give Canada three golds on the day. Duhamel and Radford landed their huge throw quadruple salchow on the way to 222.22 total points. Germany’s Aliiona Savchenko and Bruno Massot were second at 215.66, while Vanessa James and Morgan Cipres of France took third with 214.37.

Duhamel and Radford won back-to-back world titles in 2015 and `16, but are coming off a rocky season that saw them third at the Grand Prix Final and then seventh – Radford was skating with a herniated disc in his back – at the worlds last spring.

”Everybody knows the struggles that we went through last year … there were times we wondered if we could ever deliver again like we did tonight,” Duhamel said. ”And I’m sure many people wondered if we could do that, too. It’s like we had this little string of hope left in us as we came into this season.”

Skate Canada is the second event of the Grand Prix series, the major tuneup for the Pyeongchang Olympics. 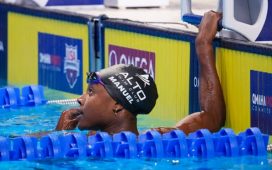 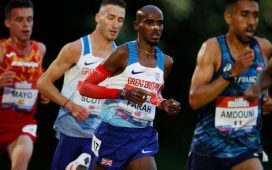 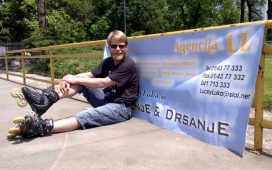 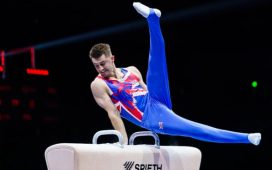 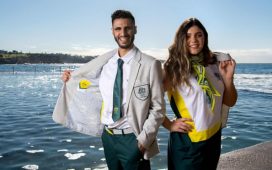